The Hidden Costs of Verification

Getting a degree isn’t cheap. This isn’t headline news and debates on tuition fees, student accommodation and hidden course costs have become common discourse in recent years. And for good reason; Times Higher Education estimated that the typical three-year undergraduate degree comes in at £69,462. Or, three times the average graduate salary. But we’re not here to debate the costs of well-earned qualifications. We’re here to discuss something which is much less in the spotlight - the costs incurred after a degree.

After spending £30,000 on course fees alone, it seems reasonable to assume that a graduate can use their qualification to kick-start their career without themselves (or their employer) having to reach into their back pocket, again. Unfortunately, this is not the case. Despite spending more than a year’s salary on a degree, students and employers face additional costs to prove that their qualification is the real deal. Not every university charges for this service; a number of universities in the UK provide a free-of-charge qualification check. But, for those that do charge, the costs quickly add up.

After collecting data from 80 UK universities, we found the average cost of verifying an award is £12, with some charging up to £35.00. At this point, you may be thinking “£12, so what?”. You’re right - in the grand scheme of things, £12 for verifying a qualification is almost nothing. But it goes back to the point raised in our opening line - getting a degree isn’t cheap. Value for money is key. For students, having just finished three years of paying for printing, textbooks and course materials, having to pay out just to prove that all their hard work is valid is another kick in the teeth. A degree is often sold as the key to launching your career - a package deal that’s all you need to set yourself up for success. In reality, your £69,462 earns you a piece of paper that doesn’t mean anything unless you pay additional fees. Congratulations on earning your degree! Now pay more money to be able to use it. At a time when value for money is under scrutiny, should we be charging for the privilege of using your degree?

It’s also important to remember that paying to verify your certificate isn’t the only cost to getting on the career ladder. Travel to interviews, office attire, time off from part-time jobs - the costs quickly mount up. Data estimates the average cost of attending an interview is £41 (not including loss of earnings), with job seekers typically attending five interviews before receiving a job offer.

So let’s do the math. A graduate who attends five interviews, loses five days of earnings from their minimum wage retail job and has to pay to verify their certificate could find themselves out of pocket by £550. So whilst £12 seems an insignificant amount, it’s really about more than that £12. It’s about value. It’s about supporting students to make those steps onto the career ladder. And, it’s about truly making degrees geared towards employability.

But it isn’t always students having to pay the costs of verification. An increasing number of universities are only allowing verifications through HEDD (Higher Education Degree Datacheck), a service specifically for employers to validate qualifications. With HEDD now being the only way to validate qualifications from a number of universities, employers are facing a choice. Pay, or risk fraudulent qualification claims. Unsurprisingly, many employers are choosing the former. And it’s costing employers millions. In 2019, HEDD carried out 1.8 million qualification checks. At a minimum of £12 a go, this adds up to more than £21.6million. To put that cost into perspective, the money currently being spent on verifications could be used to create almost 1,000 additional graduate jobs each year.

This isn’t to say that carrying out verifications isn’t important. In fact, it’s more important than ever. Certificate fraud is rising annually. Almost half of UK employers have fallen foul to degree fraud, with Cifas highlighting another rise in bogus institutions for 2019. Certificate fraud isn’t just about inflating your grades or embellishing your qualifications; in some cases doctors and surgeons have practiced for years with fake certificates purchased from diploma mills. This alone highlights the importance of curbing degree fraud, however it is also an important consideration for universities. In order to maintain their reputations, universities must be confident that their certificates are protected from fraud.

In order to reduce the impacts of certificate fraud for both employers and institutions, we should be encouraging employers to carry out full background checks rather than dissuading them with costly and time consuming verification processes. Only 20% of employers report carrying out proper educational background checks. It’s likely this number would rise if employers could verify qualifications easily, instantly and for free. On top of this, current processes of verification add unnecessary friction slowing up the process or indeed even potentially acting as a deterrent to employing graduates. Employers face the choice between risking an unverified qualification, or incurring the time and costs associated with carrying out a check. Simplifying the verification process could help grow trust in recent grads and their credentials, thus improving graduate employability prospects.

After investing thousands in qualifications, charging to perform a simple check seems both unjust and unnecessary. UK institutions should consider moving towards immutable issuance via fully-accessible, easy-to-access, free-to-verify blockchain credentials. Not only will blockchain credentials help solve the verification dilemma, but they can also provide added benefits like enriched data that highlights skills and competencies achieved with each degree. Secure digital credentials could also help remove some of the burden on university administration teams through automations and end user autonomy. Particularly in post-COVID recovery, the government has outlined administrative tasks as an area to create efficiencies. Streamlining the verification process with blockchain technology is simple to do, whilst also providing additional benefits to institutions, employers and students.

In short, the current verification process is outdated, expensive and not fit for the online and global future we are rapidly accelerating towards. A simple, streamlined, smoother process is on the horizon...

Contact us for a pilot of our digital credentials at your institution. 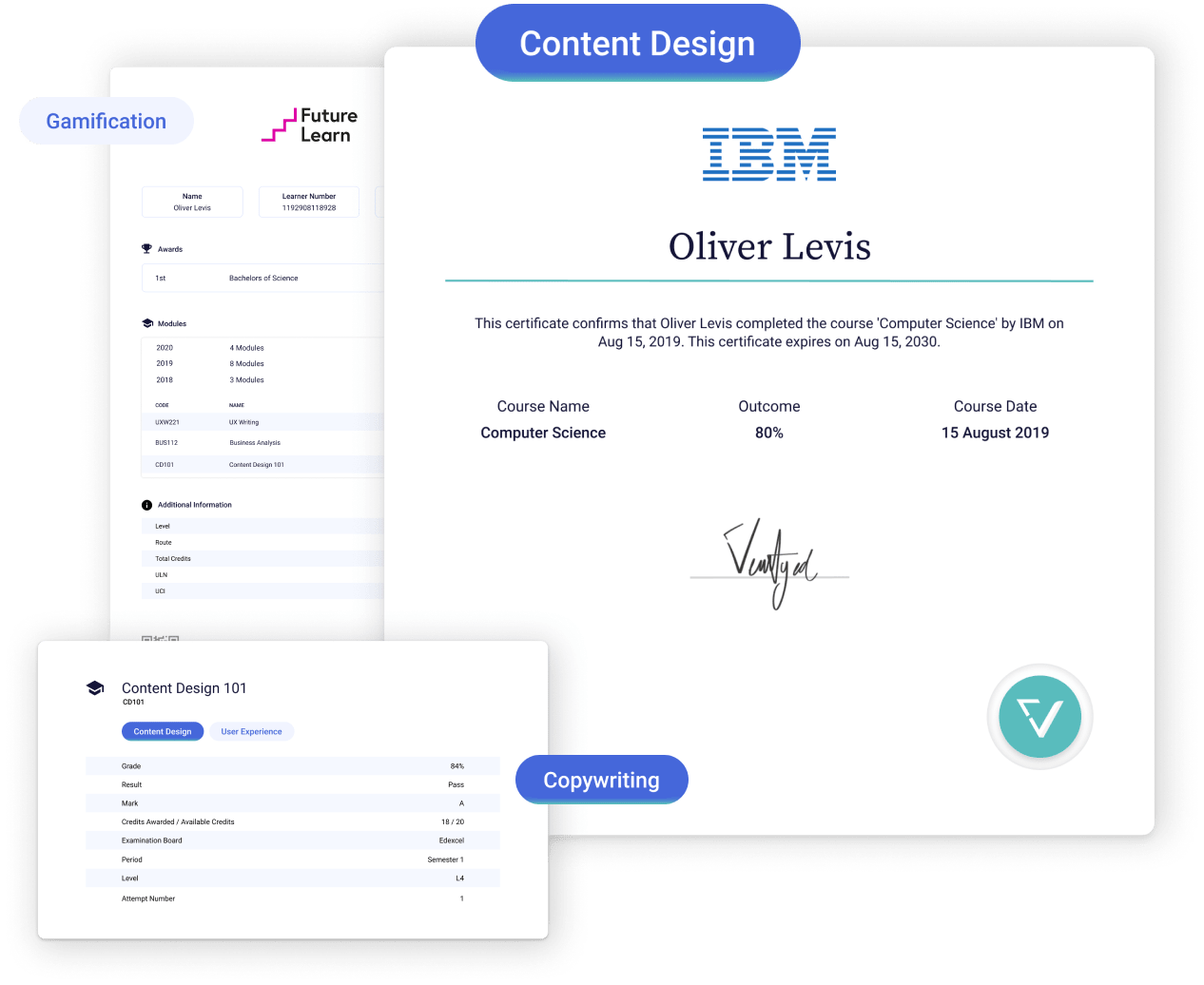